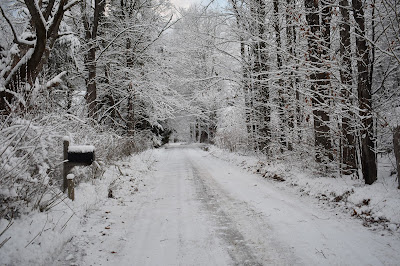 Lemons abound lately at Casa de Lemon Stand and so I have decided to play hooky from being an adult.  I have created the following schedule for tomorrow:

1. Watch cartoons while I eat Fruit Loops for breakfast.
2. Watch the dust motes in my living room dance in the sunlight that comes in through the windows.
3. Pick a book from my TBR (to be read) pile at random and read it instead of doing the dishes.
4. Microwave leftover pizza for lunch.
5. Finish reading book. (unfortunately I am a fast reader and go through books like candy)
6. Take a hot shower and sing at the top of my lungs my favorite 80s playlist and put on my comfiest PJs.
7. Ask husband to pick up Chinese food on his way home from work.
8. Pop some popcorn and binge watch the early Indiana Jones movies.
9. Go to bed with paper and pencil and sketch my garden plan for this year.
10. Turn out the light and dream of my happy place.

When I wake up the day after tomorrow, I will tackle my adult to-do list again and make real progress.

I think this is called taking a mental health day.
Scribbled by Lemon Stand at 8:29 PM 2 comments:

I'm NOT on the Lunch Menu 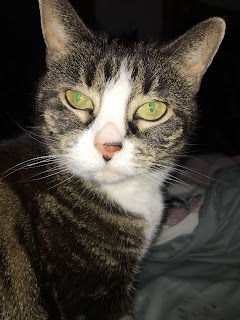 Me to daughter: "Mouse [our cat, see feline specimen and her 'you are lint' look] gave me kisses on the cheek this morning. I thought that was so sweet until I realized she's probably testing me for 'doneness'. Kinda took the enjoyment out of the moment."

Erin thought about this for a moment and just nodded and said, "True."

We know our geriatric cat very well after fourteen years, but I can guarantee SHE's not on MY diet list. As a human being, I like at least thinking that I am at the top of the food chain and do not like my allusions tampered with.

QOTD: “People with insufficient personalities are fond of cats. These people adore being ignored.” ~ Henry Morgan (privateer)
Scribbled by Lemon Stand at 4:42 PM No comments:

My need for humor today exceeds my ability to produce it.  So I, of course, think back on conversations with my husband.

I believe I have mentioned a time or two that we live in the middle of nowhere. Think lots of rabbits, wild turkeys, moose, deer, bald eagles and the occasional bear. You know, it sounds like Mutual of Omaha's Wild Kingdom now that I think about it. (Yes, I know I'm dating myself, it's ok)

Inside the house are a few more critters, but there is one in particular that "chose" my husband as "her" human.  Most of this year he's been deployed and when he didn't come home after about a week she "shunned" his side of the bed. It was quite amusing at first because it has been almost commical after the years of me petting her while she's purring away, at least until she heard him coming. Then she was gone. And I wasn't the only one she did this to. Everyone was second fiddle.

After a few months of this I realized she was mourning him when she stuck like glue to me every day (and night).  There was not much I or he could do about it. We all missed him as we always do when he's off on super-suit duties.

About 4 months into this trip, his cat brought me what I thought was a dead mouse. Dropped it right next to me. On our bed! Then she sat back and watched me. I was struck dumb. When the mouse suddenly got up and starting to run, she calmly reached out a palm to hold it down. I jumped out of my bed and backed up as the mouse got away His cat (whose name, by the way, is "Mouse") just sat there looking at me. I left and went for a walk.

When I told my husband what happened? He's like, 'awww. Isn't that sweet. She's trying to teach you how to hunt.'

I seriously considered voting him off the island because I couldn't give him couch duty.

When it was close to the time for his return, he and I had the following conversation:

Me: "You know she'll be mad at you when you return?"

Husband: "Not me. Watch her when I get home. She always forgives me."

Me: "Guess I'll be back to chopped liver."

Husband: "At least she hunts."

Me: "True. It'll add a little protein to your diet."


QOTD: If I can find the purrfect quote for this post, I'll let you know. (bad. I know. I just don't have it in me today to find one)

Scribbled by Lemon Stand at 6:57 AM No comments:

In our house we have developed several family traditions regarding Christmas.

I woke up early one morning and went downstairs to cook our youngest daughter some breakfast before she headed off to college for the day.  She wanted oatmeal, so I went to open the lazy susan to get the box and out fell an almost full bottle of cooking wine. Glass, liquid everywhere, but so what. I cleaned and swept up the mess and headed back for the box of oats.

Now I don't know if other people have problems with their family opening a new box of something before the old one has been finished, but I do.  Makes me want to get mouse traps for those fingers. So I find two boxes and pulled them both out to see if I could finish one box off before the second was needed. The oats are in a plastic bag inside the box and so I pulled it out to see just what level it was at. 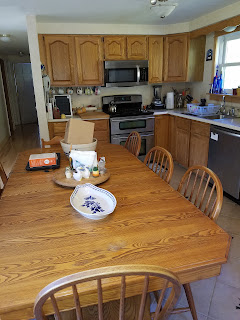 It turned out there were tiny bugs! Now my house is not clean enough to eat directly off the floor and since my husband was halfway around the world for six months I had finally been making headway on scrubbing the house from top to bottom, so these visitors took me by surprise. I tossed it into the trash compactor and went to make oatmeal with the second box.  I took out the bag and inspected it but could see no hint of the freeloaders, so I put a cup of oats into the pan, took it over to the sink so that I could put a cup of water in.

I'm sure you can figure out what happened. I now had a bunch of floaters. ICK!!! Double ICK!!! So I tossed the second box out.  Luckily for my daughter I had just bought a new bag of gluten free rolled oats that was unopened, so I thought, score! Now I have never made this kind of oats before so I checked the instructions and the measurements were the same and by now time was of the essence so I used the microwave instructions.

Ok, this seemed pretty straight forward, measure, cover bowl (I used an inverted lunch plate), cook in microwave for three minutes. By this time Erin is sitting at the table and she watches while I open the door after the little ding to place the offering before her. Only when I opened the microwave, the oatmeal had bubbled over the sides of the bowl like Mount Vesuvius.

So I clean the outside of the bowl and place what is left before her so that she can get started while I quickly clean the microwave and start on another bowl.  This time I am going to use one of those microwave bowls that lock down. This time it is going to come out perfect. About two minutes into the cooking process Erin and I hear this ppsssffffttt sound so I rush over to open the door. The bowl was still locked down but the oatmeal had pushed itself between the lid and bowl. The ppsssffffttt sound? That was it spewing the oatmeal all over the microwave this time and just not on the rotisserie plate like it was giving me a raspberry.

I had been so determined to have a great day, but now Erin had to leave or be late. So I start cleaning and half way through this endeavor, thought to take a picture to show my sister.  See Exhibit A.  My sister laughed at me. I asked her what was so funny because by this time my patience was frayed.  She told me she had just made a bowl of the exact same kind of oats as mine for our mother's breakfast and she didn't have any kind of problem. By this time I am glaring at the phone. Ok, I asked. How did you make it? She said she heated the water in the microwave to boiling and then poured it into the bowl over the oatmeal she'd measured out into it. Placed lid atop for three minutes and then served it to our Mother. I told her she sucked and hung up the phone.


QOTD: “Isn't it nice to think that tomorrow is a new day with no mistakes in it yet?” ― L.M. Montgomery

Scribbled by Lemon Stand at 11:21 AM No comments: