Suspend reality for a moment... If you truly did have a wardrobe that opened into our living room on game night.

Would you want to be a participant or commentator?
Scribbled by Lemon Stand at 8:34 PM 7 comments:

Most people look at the world and they see it with their eyes.  In our household, it seems, we tend to look and see (mostly twisted and dry) humor first and then see it how the rest of the world sees it.
For instance: 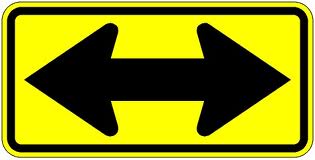 Rachel, "Dad says when he gets home we should fix that road sign."

Me, "What road sign and what KIND of fixing?"

Rachel, "The road sign at the bottom of the hill just up from our house."  (The rest of the local population would see a sign marking the end of the current road and know that they must now choose a new direction of travel. This is apparently not specific enough for my husband and daughter...)

Rachel, "It needs directions to Narnia or Mordor. We're just going to add it to the sign." 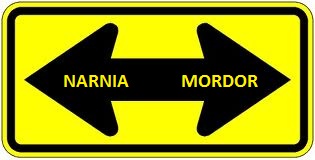 I can not find a description for my husband's parenting technique.  This is the same man who taught our children (and they educated me on his wisdom) many years ago about the Four Laws of Life According to Daddy:

"One, Never break more than one law at a time.  So if we were able to drive and had a tail light that was busted, we shouldn't speed."

"Two, Never bring along a camera if you are going to break the law.  That one was easy to understand so we didn't really need an explanation for that one."

"Three, Never try to understand someone else's 'kink'.  So we should just accept people the way they are even if we do think they are a little strange."

"Four, Never date your friend's spouses or girlfriends/boyfriends.  This is just not acceptable behavior and could get you into a LOT of trouble so it is just best to avoid the situation."

Just to be clear about this.  They will NOT be decorating or embellishing this sign. We are law abiding citizens (mostly)... and besides... I don't want to have to go bail them out of jail.

PS.  I had to ask Rachel yesterday, which way the sign was pointed to our house... "Definitely Narnia." Why this made me happy, I don't know. It just did.  :)

PPS. This post comes to you courtesy of inspiration from Dustbury.  :)

QOTD: "For business reasons, I must preserve the outward signs of sanity." ~ Mark Twain

To Look Back And Laugh...

I've been thinking about all the horrendous and spectacular disasters that have peppered our lives.  My husband's and mine, that is.  I have realized that over the years, I've become pretty good at trying to find the silver lining... and most of the time, it's because it's seems hilarious now that it is a good distance in the past.

There was the time a 6 foot snake in our laundry room ended up in his own 'spin' cycle. There was the time that natural disasters seemed to follow us around the world.  In the span of about three years there were three major hurricanes, a volcanic eruption, earthquakes, a tsunami, and a typhoon that completely destroyed our house.  (My father-in-law told us (mostly kidding) that we could not come home until our relationship with disasters changed.  Can't say I blamed him.)

Actually, if I go far enough back (and forward), we've also survived floods, hail, blizzards, ice storms, and tornadoes.  There was the time we played the game of hide and seek with a rat and we all lost in a rather gruesome fashion. See (only if you are not drinking or eating anything... hmmm, maybe I should also warn you that you might not want to be at work... or a library?)  Resurrection of the "I'll See You the Flu During a PCS and Raise You an Online Hotel Reservation that Turned Out to be a Drug Den" Military Poker Game...

Lately our vehicles are either engaging in unhealthy relationships or just plain committing suicide on us.  (Husband, daughter and a date with a tree and ALL our vehicles dying the week after the husband leaves them behind for sandier climes?) I must remind myself of the possible silver linings here... After all, the search for replacement vehicles could have me sitting back and watching while the rest of the family uses dead bodies as a unit of measure needed in their requirements for trunk space. Seriously. After you read memories like that or rather in my case, remember memories like that, how could I NOT laugh?  The realization that there are actually very few events in my life that I can't look back on with humor, always gives me hope.  I can not predict the future, nor can I change the past but I can invite the memories over for a 'movie night'.  All I'll need is a little popcorn and soda.  (to be ingested only during commercials and intermissions)  :) 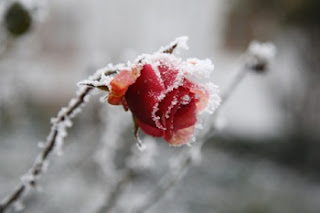 Scribbled by Lemon Stand at 9:56 PM No comments: 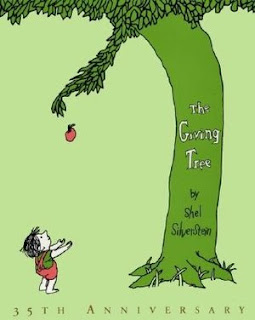 It's hard to believe that the 35th Anniversary Edition of this wonderful book is now being sold.  As an entry for The Giving Book Club, The Giving Tree by Shel Silverstein is a must.  Some might disagree since it is rather poignant, but it's lessons are worth learning.

If you've never 'read' it (especially to a child) it starts out with, "Once there was a tree...and she loved a little boy." Shel Silverstein children's picture book tells the story of a loving tree who gave and gave and gave, and a boy who grew to want more and more and more.

It's a book worth adding to your Lemonade Shelf bookcase.
Scribbled by Lemon Stand at 10:57 AM No comments:

Honey? You're Going To Need Some Help With That Mail...

There are not very many fun things about deployments... It is strictly against all Military regulations to laugh (it tends to ruin one's gig line... please forgive me for this reference if you have never heard of a gig line. It's a stray question you can write on any correspondence to a military member so that they can fill up the white part of their return letter with their answer).   Laughing when everything sucks, just makes it a little more bearable.  So a little fun is OK.  Besides, if you happen to be a supervisor, do you REALLY want to have to make sure your troops don't go playing on the yellow lines?

I'm about at that point where my husband will have to retire because I've almost run out of ideas that I haven't already tried.

You know that old routine that goes, "You know you're old when..."?  Does anyone else out there remember 'Mr. Bill'?  Apparently he is now officially passé and undoubtedly my husband, kids and I are too.  ;p  It's a good thing that a poker set with chips and cards in a metal case is NOT passé.  (btw, that case was d*mn heavy!) Nor is a regulation sized Dart Board... (although 'hanging' the aforesaid dart board in the middle of the room was not really quite the location I intended!) Nor is Connect Four when the 'coins' are the RED SOX against the YANKEES.  (GO SOX!!!)

Sigh.  Our daughter Danielle has watched Generation Kill with my husband so she thought that several large, heavy cans of Chef-boy-are-Dee (or however it is spelled) along with a magazine would apparently ring some bells for her father.  She is going to be so disappointed.  (I have NOT personally watched Generation Kill, nor am I planning to, I'm more of an Indiana Jones kind of woman so I'm happy in my ignorance)  And as always... (water) balloons intended for cooling off at some point.  (It's a good thing the husband is not at the North or South Pole at the moment.  Concussions are not the effect looked for here.)

As you can see, most of the stuff was not for my husband specifically... it was just so that he doesn't have to spend any more time than necessary chewing someone's hind end off.  I'd hate for him to be responsible for someone returning without their backside. :)
There were a few other things for my husband but I think the majority of the loot was carted off pretty quickly.  I am currently rubbing my hands together... I still have a couple of aces up my sleeve that need to be implemented soon.   ;p

PS If it seems the humor is a little forced today, it's because I just had to go buy another Louisville Slugger.  The old one broke with the amount of lemon batting practice it has been getting of late.

QOTD: "Through humor, you can soften some of the worst blows that life delivers. And once you find laughter, no matter how painful your situation might be, you can survive it." ~ Bill Cosby
Scribbled by Lemon Stand at 4:21 PM 2 comments: